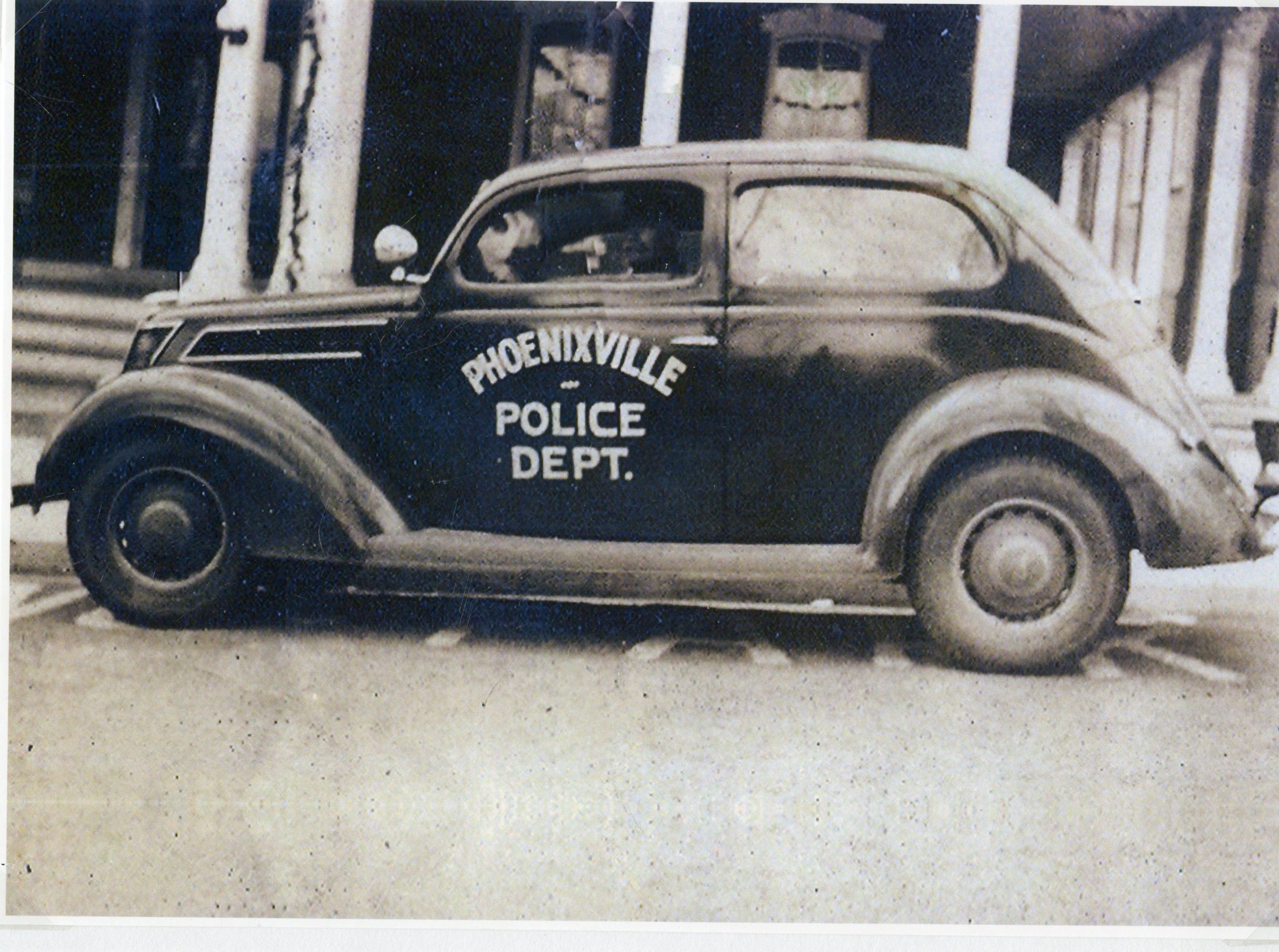 Originally named Manavon, Phoenixville was settled in 1732 and incorporated as a borough in 1849.

The first record of law enforcement was in March 1849 when the newly formed Borough Council approved an allowance of $20 to be paid to William King for the use of a room in his home as a lock-up. King was named superintendent of the first jail.

In 1856, Borough Council approved the purchase of police equipment for Constable John Jenkins, and he was issued two pairs of handcuffs, two pistols, and one billy club. Constable Jenkins salary was increased to $75 a year. Later that year, four policemen were hired and paid a sum of $2 per call for service and twenty auxiliary officers were chosen by the town Burgess.

From 1876 until 1930, Phoenixville was divided into two sections, North and South, and each side of town had its own police department that was funded by the taxpayers in their respective districts. In 1876, Joseph Moore was elected as the north district’s first police chief and the title of High Constable was abandoned.

In 1930, the police forces from both sides of town were incorporated and in 1933, Sergeant William Kelly was appointed Officer in Charge of the newly formed police department.

In 1939, Fred MacInnis was named the first police chief of the incorporated Phoenixville Police Department and he guided the agency into the professional era of policing.

Today, the Phoenixville Police Department is a modern police force comprised of 31 full-time officers. In 2013, the department moved into a state-of-the-art municipal building and achieved accredited status with the Pennsylvania Chiefs of Police Association the following year.