Notify Me® View All
/AlertCenter.aspx

What is a Snow Emergency?

In the event that a snow emergency is declared, an official declaration will be made by Mayor Urscheler, and then posted on the Borough website, and shared via the Borough’s social media pages, and an alert will be pushed out through the Alert Center. Please follow and subscribe to these platforms to stay informed about possible snow emergencies.

When a snow emergency is declared, residents are reminded to remove vehicles from snow emergency routes prior to the time that the state of emergency takes effect. Failure to do so may result in ticketing, towing, or having your vehicle blocked in by plowed snow. It is necessary to keep these routes as clear as possible so they can be plowed, allowing for those who need to drive somewhere a safe route to travel on. Parking is offered in any of the off-street Borough-owned lots, with the exception of the Borough Hall lot which needs to be kept clear.

Why Some Streets Are Cleared Before Others? - Snow Emergency Routes

The Borough snow emergency routes in Phoenixville are:

BOROUGH RESIDENTS ARE PERMITTED TO PARK IN ANY BOROUGH-OWNED PARKING LOT, EXCEPT BOROUGH HALL LOT #5, WHICH MUST BE KEPT CLEAR. 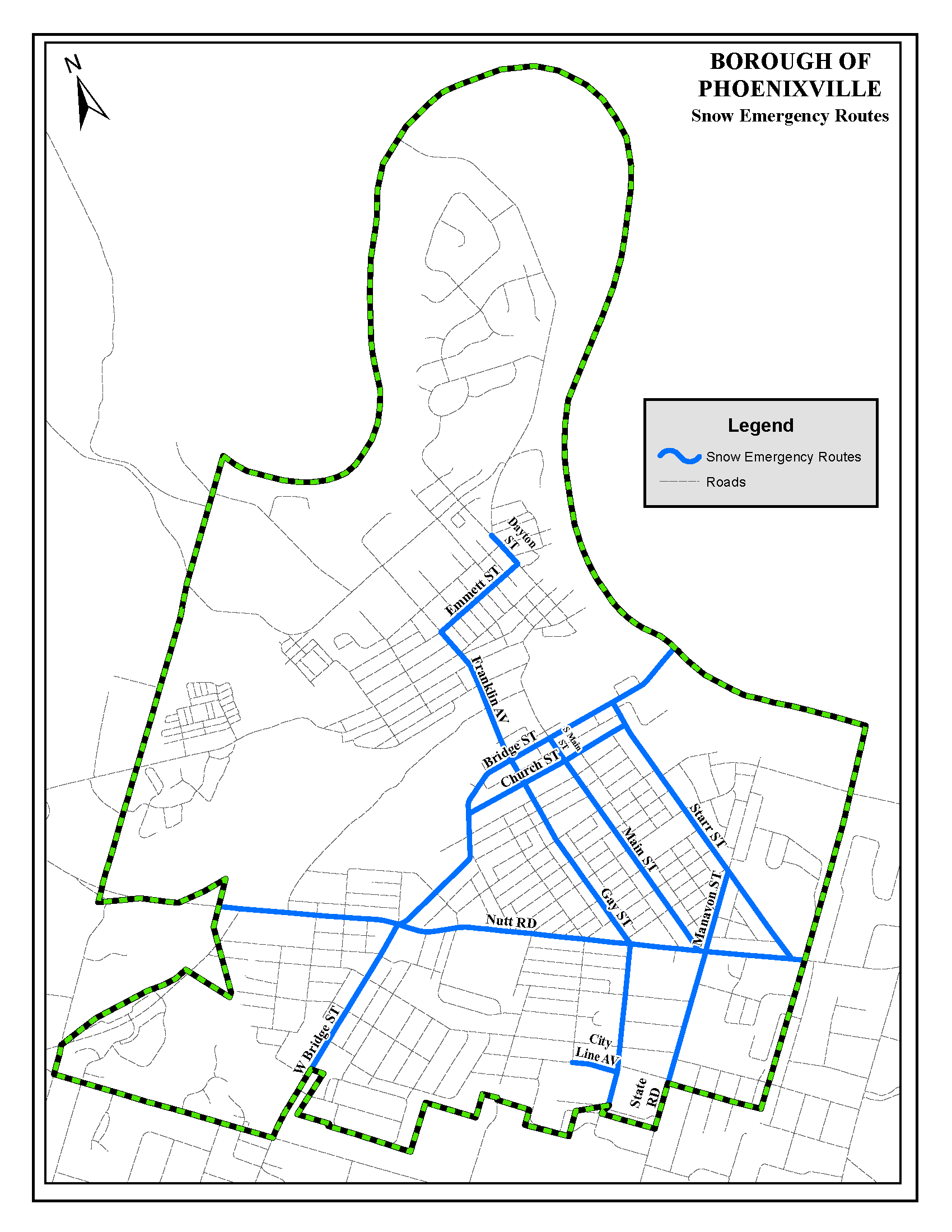